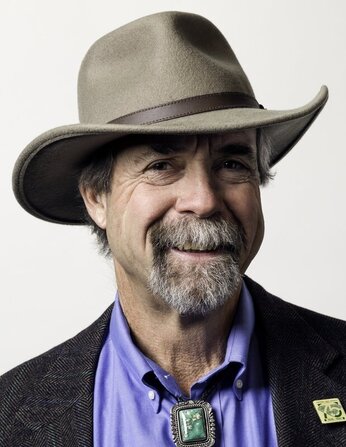 Andrew Gulliford, PhD, is a professor of history and Environmental Studies at Fort Lewis College in Durango, Colorado. He teaches popular courses on wilderness, national parks, Western history, and environmental history. He is the author of America’s Country Schools, Sacred Objects and Sacred Places: Preserving Tribal Traditions, and Boomtown Blues: Colorado Oil Shale, which won the Colorado Book Award.  He edited Preserving Western History, which was voted one of the best books on the Southwest by the Tucson-Pima County Library. His book Outdoors in the Southwest: An Adventure Anthology won the Arizona/New Mexico Book Award in the category of nature/environment and Best Book on Arizona. Outdoors in the Southwest also won the Colorado Book Award for best anthology.

Dr. Gulliford has received the National Individual Volunteer Award from the U.S. Forest Service for wilderness education, and a certificate of recognition from the Secretary of Agriculture for “outstanding contributions to America’s natural and cultural resources.” For a decade he held a federal appointment to the Southwest Colorado Resources Advisory Council of the Bureau of Land Management. In 2016 he was one of two senior fellows awarded the Aldo and Estella Leopold Residency at Tres Piedras, New Mexico, to research and write in the bungalow Aldo built for his wife in 1912 on the Carson National Forest.

Gulliford edited The Last Stand of the Pack: A Critical Edition, published by the University Press of Colorado. He writes columns about the west for the Durango Herald and Utah Adventure Journal.